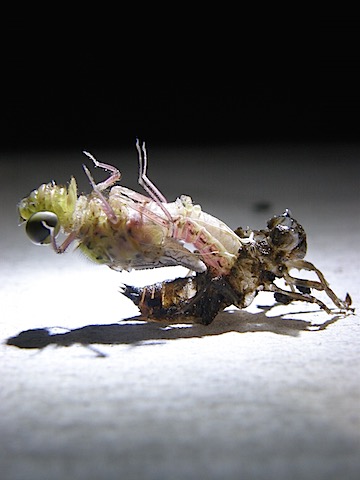 A few things came together this morning: the quote on growing people through empowerment from yesterday’s tribute, Accenture giving up on annual assessments & ranking and my pending keynote at Flourish in South Africa. The Flourish event by the way has a picture of me taken by Steve Barth at a KM event in California the best part of two decades ago! I’m looking forward to the event as it will be first one at which I put together a body of work on change, that I have been developing over the last decade, into what I hope will be a coherent form. Aside from the need to do in general, the application of Cynefin to Organisation Change is a book chapter I am working on over the next month. It also links to my chapter in the 2nd edition of Jonathan Passmore’s Leadership Coaching which has just been published.

That chapter, which contains the latest version of Cynefin, focuses on change through small day to day actions that will manage vectors (speed and direction) rather than outcomes. Linked to that, but not in that chapter is a wider theory of transformational change based on the phenomena of metamorphosis which will also see its first outing at Flourish. I will be making a strong distinction between gradualism with narrative feedback which is comparatively easily, and achieving significant ‘transformational’ or better exaptive change which is far more difficult and can be painful. The conflation of the two in most organisation change engineering projects is part of the problem, both conceptually and practically.

The other interesting aspect of the Flourish event is that some of the things I will say will be fairly challenging to some members of the organisational change community. The opposition to social engineering is common in many practitioners, but they have their own weak point which is a post-colonial approach to ‘psychological’ change at an individual level. A criticism I levelled at Peter Senge at a recent conference in Washington where we were both keynotes. My general argument is that we need to stop talking about how things should be, and start changing things in the here and now. My own sessions at that event can be found here and here.

Now there are a whole group of consultants in this field who focus on the idea that changing individuals is the best way to change an organisation. The worse ones come with a ideological view of what sort of people they want to create and a process of self-reflection that draws on the worse excesses of the counselling movements that took off a few decades ago. The really pretentious start by quoting continental philosophers to give themselves an apparent air of authority or pickup on some pseudo-scientific nonsense such as NLP or Spiral Dynamics. It’s the preacher man phenomena, in which the preacher is the privileged interpreter of the word and has achieved a heightened state of enlightenment to which they invite to you to seek to attain.

Now don’t get me wrong, individual change is important, meditation has huge value (I am less sure of mindfulness as that has become a simplistic fad), most practitioners are well intentioned. But the real change in organisations is when you change the way that people connect, and the most profound way in which that connection can be achieved is through small actions that change perceptions in an evolutionary way.  People argue that it is easier to change an individual that to change the system and that may be right.  But if you want systemic change there are simply too many individuals to change to achieve it and it is a lot easier to change the interactions and allow people autonomy over what they are.

The implication is that those who oppose cultural engineering at a company level, talking about dehumanisation and the like are frequently guilty of exactly the same sin at the level of attempting to engineer the individual and/or abrogate the role of management and leadership in providing direction.  They claim to be paradigm changing, but that practice is rooting in the engineering paradigm of outcome based control, of dichotomies not dialectic, or dilemmas rather than paradox.  Just like those they oppose they do not understand the value of the present, preferring to live in the comfort of a platitudinous future.

More on this in future posts, this is just the starting point.  There are strong links with my post on Cynefin Dynamics a few days ago by the way.  I’m not going to number the posts in this series by the way, they will be characterised by pictures of metamorphosis.

A brief tribute to John & Judith

A difficult day as its main focus was the funeral for John and Judith ...

I wrote my first post Towards a new theory of change some weeks ago, but ...