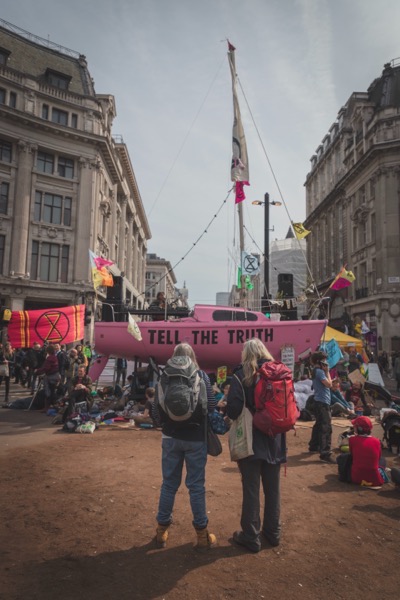 Over the last three weeks I’ve been engaged in a diverse set of projects.  Firstly the Singapore foresight and horizon scanning event, then a steelworks in Australia followed by masterclasses and multiple government meetings in New Zealand.  One of the themes that I have been raising is the question of how we engage people in big problems or issues.  Its easy to agree with statements such as “Leaders should be open with all employees on how things are” but how we engage so that people feel able to act is a different matter. Leaders tend to express issues at their level of concern and hope that everyone will simply own the issue.  Scientists do the same when it comes to big issues such as global warming.  Both groups can see the big picture and want everyone to engage with it at the same level.

Therein lies a problem or two. It may well be that your concern about  a drop in share price or a significant loss doesn’t impact on your workforce if they are highly mobile in terms of skills and pretty pissed off with you anyway. But more significantly (and the subject of this post), the problem may be simply too big: there is nothing they can see that they can do about the problem as stated.  Net result is disengagement or even a form of removal based on depression, to the point where evidence and the like is simply ignored. I know I shouldn’t but I often skip newspaper reports on the latest disaterous news on the Greenland ice sheet or similar; the problem is overwhelming and as a result disabling.  We see this in some manifestations of depression where the problems get so big people just give up.

One of the solutions to this is to talk about the problem at a level of granularity at which people think they can make a difference within the capacity and cognisance of their peer group. Better to run small scale competitions for cost savings between groups that present the multi-million dollar problem. Our own work on plastics at festivals proved valuable in that it allowed people to act on something locally where they could make a difference and that can infect behaviour after they leave. Street protests may not make an immediate impact but they do affect the overall dispositional state.

The last thing we want is big vision sessions in which everyone agrees to do good and then nothing happens.  Or worst still people play along with, or exploit the bigger issue.   A very basic principle of our approach to sense-making, with or without SenseMaker® , is that you should present the situation to people at a level of granularity where they can act and make a difference in the near term.   As those small actions start to build the underlying attitudes and beliefs change and then, maybe, the bigger initiatives will have impact and traction.

Yesterday I talked about wikipedia as a technology mediated form of collective intelligence.  Today I ...

Working in complexity you soon get a sense of which ideas and concepts are causing ...