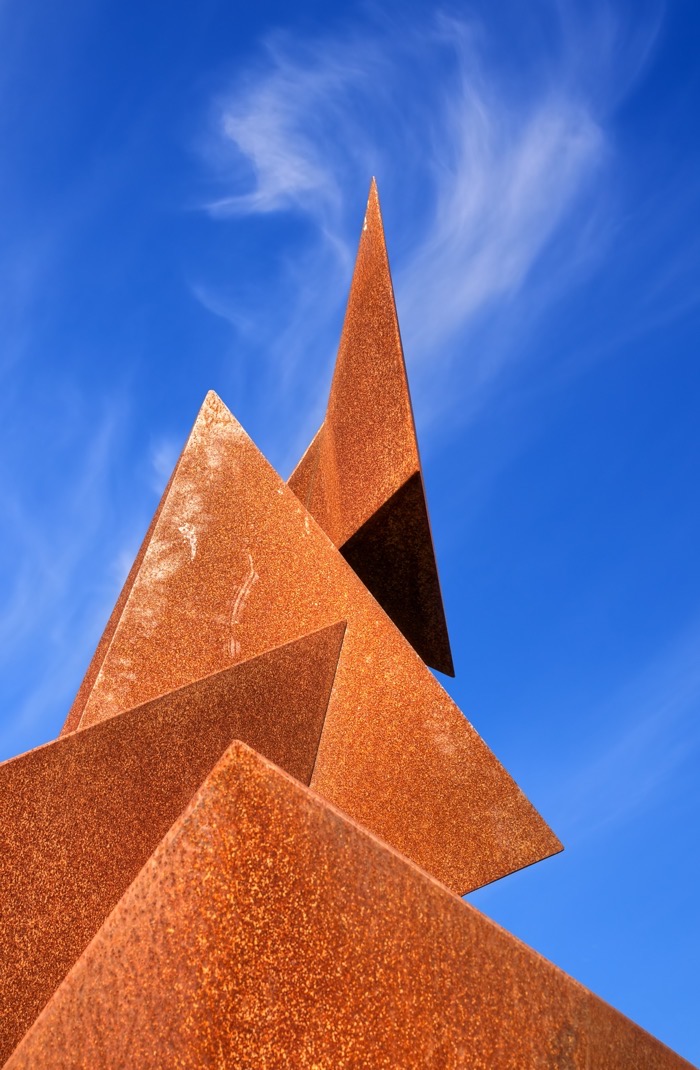 Warning note: This post is an introduction to a practical method and approach to handling conflicts and differences in organisations and society, which I will outline tomorrow.  But to get there I am going to ramble through some fairly esoteric references to theologians and post-modern political geography so if you want to skip today’s post and wait for the follow up I will understand.

As one does from time to time, this afternoon I was chatting about Trinitarian doctrine, its revival under Barth  (known as The Red Pastor), and the links to Rahner (I studied his works at University and spent one glorious week with him in the 70s).  Rahner was influenced by Heidegger and there is some question of Cynefin being a form of Daisen.  I still remember someone from the Cabinet Office in the UK who had just written an article about Cynefin asking me if I had ever read Rahner as she saw evidence of this thinking in my work.  The first and only person to have realised that by the way and I was impressed.   Now you can never talk about Barth and ethics/engagement without mentioning Bonhoeffer and his Cost of Discipleship.  In the course of this, I discovered my interlocutor had not read McCabe (A good friend and a seminal influence when I was in my twenties).  And he discovered that I had not seen Martin Scorsese’s film Silence nor read Shūsaku Endō’s book of the same name.  That sent us both to Amazon and I now know what I will be watching Monday evening.   I’ve provided several links on the assumption that a significant part of my readership is not familiar with, or interested in Theology or the Theologians in question.  I don’t expect to spark any such an interest but at least you will know who I am talking about!  The interlocutor in question is David Hahn, a Lutheran Pastor in Seattle who I got know several years ago in the context of some early SenseMaker® work with the Lutheran Church which has grown since and is a key part of the Numinous project in the Cynefin Centre which will be launched in a few weeks without new web site: The Centre is distinct from Cognitive Edge with a focus on not-for-profit organisations as well as Colleges and Government.

So that got me thinking about the whole three in one, one in three ‘stuff’ and the extensive use I have made of trios in the design of SenseMaker® and more recently in the use of Trios for organisational design and pre-Scrum discovery techniques in the Agile community.  That in turn gave rise to the idea of entangled trios as a key means to build resilience into systems and to improve abductive processes in knowledge discovery.   As I was pottering around the kitchen getting ready to cook I half-remembered reading the mystical Marxism of Henri Lefebvre after a rather drunken conversation,in Beruit of all places, back in the late seventies so delayed dinner to check that out.  From that link, it was difficult to avoid Edward Soja’s combination of Lefebvre with Foucault’s concept of heterotopia and Borges (one of my favourite writers) idea of spatial infinity.   I was only vaguely aware of Soja but the need to read up on what I could find online delayed dinner a few hours and light gradually started to dawn.   I think a lot of this had been swirling around in the background anyway given the work we have been doing on a complexity approach to design thinking over the years.   But it was ever thus with me and method creation, an awful lot of apparently purposeless background reading and thinking will suddenly come together in context.  Often when teaching which means trying to make sense of apparently unintelligible scribble on flip charts is a common first encounter with my work.  In these days of Lockdown, it ends up as muti-coloured scribblings on an A3 pad of drawing paper with a glass of wine in front of the television of an evening (TinStar binge tonight feeling nostalgic for Western Canadian scenery as a result) with occasional interruptions for the ritual of looking after our white cat Lyra.  Like Spice before her, she alternates between roasting in front of the wood burner and cooling down on my lap with a requirement for extensive manipulation of the loose skin around her neck.  Such rituals provide a rhythm to an evening

Now I will come to the approach and method in tomorrow’s post but just to give you an idea of some of the things that I started to play with I offer the following list.

The link here to the idea or the Trinity in western thinking – and of course all the above authors come from that tradition, is no surprise.  But there are also links to Daoism and various non-Judea-Christian forms.  As it happens I am also reading Liu Cixin’s The Three-Body Problem at the moment (wonderful ideas terrible writing but that may be the translation).  Then we get to the triple point at the heart of Cynefin and it looks like there is something to the number three as well illustrated by this quote from Terry Pratchett’s Witches Abroad:

It is now impossible for the third and youngest son of any king, if he should embark on a quest which has so far claimed his older brothers, not to succeed.

More on all of this tomorrow – after a walk!  I may even write a third post on mysticism, religion and the numinous which people keep asking me to do but I need to think about that a bit more first.  Readers are also welcome to ponder on the significance of the banner picture.

The opening picture of a triangular sculpture  is by Ralf Kunze; Banner picture by Pavlofox both from Pixabay

Earlier in the month, I wrote two posts on networks, and in the second gave ...

The theory post of yesterday came with a health warning and this one does as ...