Someone suggested widecasting as an alternative to sidecasting yesterday so I am trying it out in the title here.  Not sure myself 'side' has a wicked element to it that 'wide' does not provide but nothing ventured nothing gained as they say.   Yesterday I referenced Dreborg's 1996 article on backcasting and its use of a table to contrast forecasting with backcasting.  I found that useful so I have replicated it below, but with an additional column for sidecasting.  My plan is to summarise that table today, then after a break I will move onto to future backwards as a technique along with others.   In the advanced courses in Melbourne and Auckland I am going to be teaching some of the new material on coherence and consensus as well providing a flow chart of these various methods so there is a short term opportunity for people interested in taking future backwards (easily one of our most popular methods) to a new level.

Aside: I haven't yet managed to get tables sorted out in Expression Engine (the tool we use for this web site) so I've cut and past an image instead and put it at the bottom of this post.  Apologies if its a bit over-wealming or there are problems with rendering.

For Forecasting and Backcasting I have replicated Dreborg's words and they speak for themselves.  Hopefully my last two posts have properly set the context.  So lets run through the first two of his headings (I will reserve the last three for a future post)

I will return to the other three in my next post on this subject but in the meantime, here is the table: 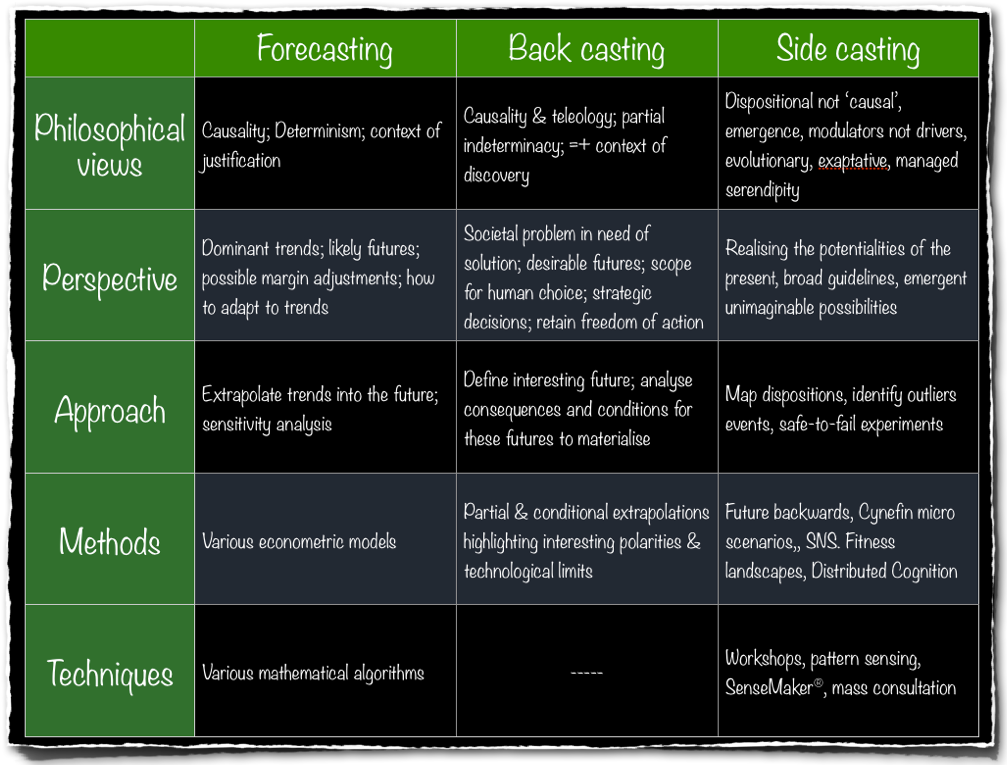 Determined to take carry-on only

Late this afternoon I was tending to some errands with the family ahead of being ...

A longer than normal title to this post (from Martin Luther King) should not be ...