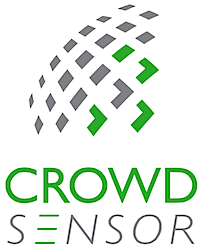 It’s been too long as they say, but a series of client and development projects including setting up the new Centre for Applied Complexity have taken up most of the last month leaving little or no time for keeping up with email, let along posting to this blog. So my apologies to regular readers, not to mention those waiting responses more generally. I’ll talk more about some of those projects, and the implications over the next few weeks.Today I want to focus on the first of two new capabilities that are being rolled out experimentally for a major event in Singapore in a couple of weeks time, I’ll pick up on the other tomorrow. Both offer an opportunity for all readers to engage with a new approach to scenario planning and also real time decision support.

There is a general heuristic in cognitive complexity work that you want to (i) move to real time response (ii) gather material from multiple perspectives and (iii) hold your options open as long as possible before you commit. There is a seeming paradox here; yes you want to keep options open, but you also want to take small actions to help steer a pathway through uncertainty early. All actions in a complex space will have unintended consequences so you don’t and in general small actions early have smaller more manageable unintended consequences. So they are preferred to larger actions late. Of course there is no real paradox, in a complex domain small actions early are a way of holding options open for longer, but it is always worth pointing out.

In traditional scenario planning we have a linear process, engaging experts of various sorts in a series of exercises which generally results in some form of extended narrative output. Nothing wrong with that, and to get a wider sense of the space overall it will continue to have utility. But it is not a real time process and it in general focuses on large movements, trends (or in the case of Backcasting, goals) rather than emergent threats and possibilities in the near term. It can also be subject to pattern entrainment as mass real-time engagement from a diverse network is not possible. This is where SenseMaker® comes in, with its ability to capture micro-observations or small noticings through distributed ethnography. That is an extension of our general work on narrative capture, but we can also present single narratives for mass interpretation. Both of those capabilities now come into play with to new services which are live at the moment and available to any reader to engage.

So the first of two new capabilities, CrowdSensor, gives us the ability to capture large volumes of observations, forecasts and opinions through a conventional SenseMaker® application. These means engaging people in contributing on different subjects. In the case of our coming event in Singapore this is for a defined time period, but it would equally well be continuous. For Singapore we have five panels, two looking for opinions relating to future foresight needs, three looking at future issues. We are inviting anyone to take part in these exercises and we will make the results public. For many of you it will also be change to try and demonstrate the capability of SenseMaker®.

All five panels will remain open for input for a few weeks, but we need as many people as possible to complete their entry by this coming weekend so that the first set of reports can be created in advance of the event. There will also be real time capture continuing through the conference and possibly beyond if we get enough interest. So what are the subjects we are looking at? I’ve listed them below without commentary (deliberately) and clicking on a link will allow you to contribute a micro-scenario. Feel free to pick any link and distribute it to colleagues and friends and all are available for smart phone input if you are interested – download SenseMaker® from Apple or Google and use application code IRAHSS which will unlock all five panels.

So take part, we are also open to setting these up for companies, NGOs and the like with more specific material after the Singapore event – I’ll be publishing on that in July and the more people contribute now the more generous we will be!

Tomorrow I’ll tell you about MassSense, which is a radical innovation in decision support. For that we are looking for panels from multiple backgrounds. Anyone who contributes a small (or large network) to that experiment will earn the right to run a free MassSense of their own after the Singapore conference. So that is a real opportunity.

OK its weeks later than I planned but we have finally launched cultureSCAN. I ...

Yesterday I talked about the use of mass input to create micro-scenarios about the ...