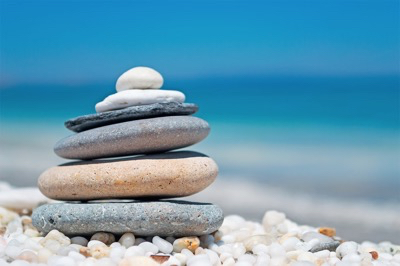 And so to the last, and most problematic of my 3’I’s of anthro-complexity, namely intention; problematic as it is one of the most esoteric of discussions in modern philosophy. `As already indicated I think that post-cartesian models of consciousness act as one major simplification of that discussion, in that they undermine many of the basic assumptions that underpin the hairsplitting semantics that characterise too much of modern philosophy. De Landa’s realist account of Assemblage Theory does the same although there remain multiple issues around various forms of materialism that I am not going to enter into here. A lot of the modern texts are to my mind based on so many false assumptions as to make engagement with the formulation of the problem difficult. But I generally think Philosophy has lost its ability to engage people in real world problems. I read Plato as a 14 year and was engaged with ideas of Justice, meaning, existence and so on; that is no longer possible with most writing in the field.

Alicia tackles the subject directly in Dynamics in Action arguing that issues in action theory (the difference between a wink and a blink) comes from a flawed understanding of the relationship between cause and explanation in human systems, something that can be traced back to Hume. Her book its well known within complexity circles and insufficiently acknowledged in modern Philosophy. Key is the realisation that a scientific realist account does not require cause to be separated from effect (something I would now refer to as dispositionality). I quote:

The environment does not function as a trigger the way behaviourism would have it. The agent’s own dynamics, albeit continually reset and recalibrate through contextual constraints established as a result of interactions with that environment, partition the space of alternatives and thereby structure and automatically cull the agent’s options. . . . Because the environment and other contextual considerations have been internalised as a result of positive feedback loops, my external structure will automatically select from the various alternatives.

Once we shake off the need for compliance with Universal Laws (in a specific sense of that term) many problems go away. That is one of the great gifts of complexity to modern thinking. Now I know I have not done justice to the wider issue here so apologies to those who realise just how abbreviated this summary is, and the inevitable compromises that are made.

The substantial point, and the reason for my including intent in the three rather than subsuming it in intelligence, is that this ability to direct, adjust and accommodate is vital to understanding human systems. Human intention is often vague, more a sense of direction than a specific goal. It is contextually adaptive and easily compromised. Indeed making it too specific probably reduces resilience. Formal goals when the future is inherently unknowable are problematic, but we still are capable of having a sense of where we want to go, or (as critically) what we want to avoid. There are aspects of ideology here as well. That direction can be formed by dominant tropes in our society, or by mavericks and saints seeking to disrupt of achieve change. Gloriously we seek to change not simply to respond to what happens around us. Or at least enough of us do to make it significant.

So intention is key I think, and having been through this exercise by current intent (sic) is to keep to the original three: Identity, Intelligence and Intent.

A few things came together this morning which sent me scurrying to find a half ...