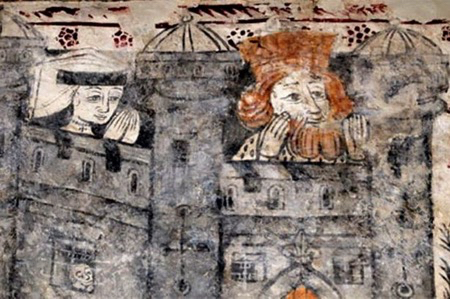 It’s the winter solstice and time to break by near two month absence from blogging. I’m not totally sure of the reasons for the gap. A mixture of work, travel and guilt in the main. Guilt because when you owe someone an article, web site content or a proposal posting a blog seems a little like saying their need is less important than yours. Mainly however it is a matter of habit, and I allowed myself to settle into the wrong pattern. So now, at the turning point of the year (so much more significant than Christmas) I’ve resolved to get back into the swing of things and hopefully get back to a daily pattern of posts.

One of the things that has been troubling me for a couple of years now is the name for the body of theory and practice that I and colleagues have been evolving now for over two decades. Names are important in this context as names have power. A rose might smell as sweet under a different name, but it is the physical qualities of the rose that are so reflected and we might not regard it as well, regardless of the scent under a different name. Names provide meaning, or they enable meaning to be created. When I decided to call Cynefin by that name it was part impulse, part counter to Nonaka’s BA, part a love of the underlying concept. By using a language not familiar to most of my readers I was was able to build a story around the name. Decision Support Matrix (HBR wanted to rename it that for the article) would have been too prosaic, more confining and I suggest less viral in its adoption.

So back the current problem, and its now time critical as I am in active mode on the book over the holiday period. Our work draws on various fields. Complexity science is there and important, but so to are the cognitive sciences, aspects of biology such as epigenetic, string and constructor theory in physics and several others. Critically Complexity has started to be a buzz word with people absconding with the language who have little understanding of its nature or implications. Equally people who understand some aspects of complexity (the modellers for example) find it difficult to accept its limitations in respect of human systems. I now talk about the 3Is of human complex systems: intelligence, identity and intention. Part of that is to make the point that human systems are different, and that symbolic language is a critical aspect off that difference which links back into the narrative and other work that is so much a part of what we do. Of course as DeLanda has pointed out non-linearity has 19th Century origins and then we get into Daoism the pre-platonic philosophers and so on. It is all very messy and in that there is delight.

So what to call it? Well over the years I have used two names: social complexity and more recently cognitive complexity. I’m not sure if I can claim origination on both (although I did not copy them) but certainly early use. Social complexity now has more specific meaning in academic circles and I don’t want to be confined by that. Cognitive complexity has the human aspect in it, but again it is a little limiting. I’ve also used naturalising sense-making and still do. That includes a reference to sense-making (but not the Weikian neologism) with a link to the naturalising traditions within philosophy; the use of natural science to inform and be informed by, philosophical thinking More recently I have been thinking about anthro-complexity (or anthrocomplexity) as being the most accurate label, and possibly the least confining. At the moment that is front runner and (before anyone gets sneaky) I have registered the various domain names.

Of course we still have Cynefin which is a strong brand, and for the book I am starting to think that might be the better title, with a subtitle that links complexity theory with anthropology and science in general. Still thinking about that and of course need long talks with Mary and the publisher. But for the overall field or approach there needs to be a name, and the name itself will impart meaning. So all comments appreciated either here or via mail. And the reason for the image? Well it is medieval wall painting uncovered in a welsh church. Go to St Fagans and you will see a whole church reconstructed and repainted as it would have been in pre-reformation days. The walls told a story ….

I left the question of direction open in yesterday’s post; if evidence is an emergent ...

I loved this picture from Science Dump when it came popped up in Facebook a ...