A seal in a wave

Today was an early flight down to Cape Town from Lanseria airport which was a revelation.  Small, efficient and fast which is all you can ask of an airport.   I made the error of leaving a brand new Rohan jacket on the back of a seat on the cafe so I am going to have to pray it is still there when we get back.  It is a part of the all Rohan new wardrobe; when I like a brand I like it!   And now I am no longer larger than their largest size I am returning to an earlier loyalty.

We ended up in a seafront guest house which was a delight.  Views of Robbin Island (tomorrow’s destination) from the

breakfast room where I sat with the Macbook Air for the afternoon catching up on email.   That afternoon we went down to Camps Bay with a view to watching the subset to find the wind was at the point where sandblasting was the best description of a walk on the beach.  Sonja took the opening picture which gives a sense of the power of the wind. 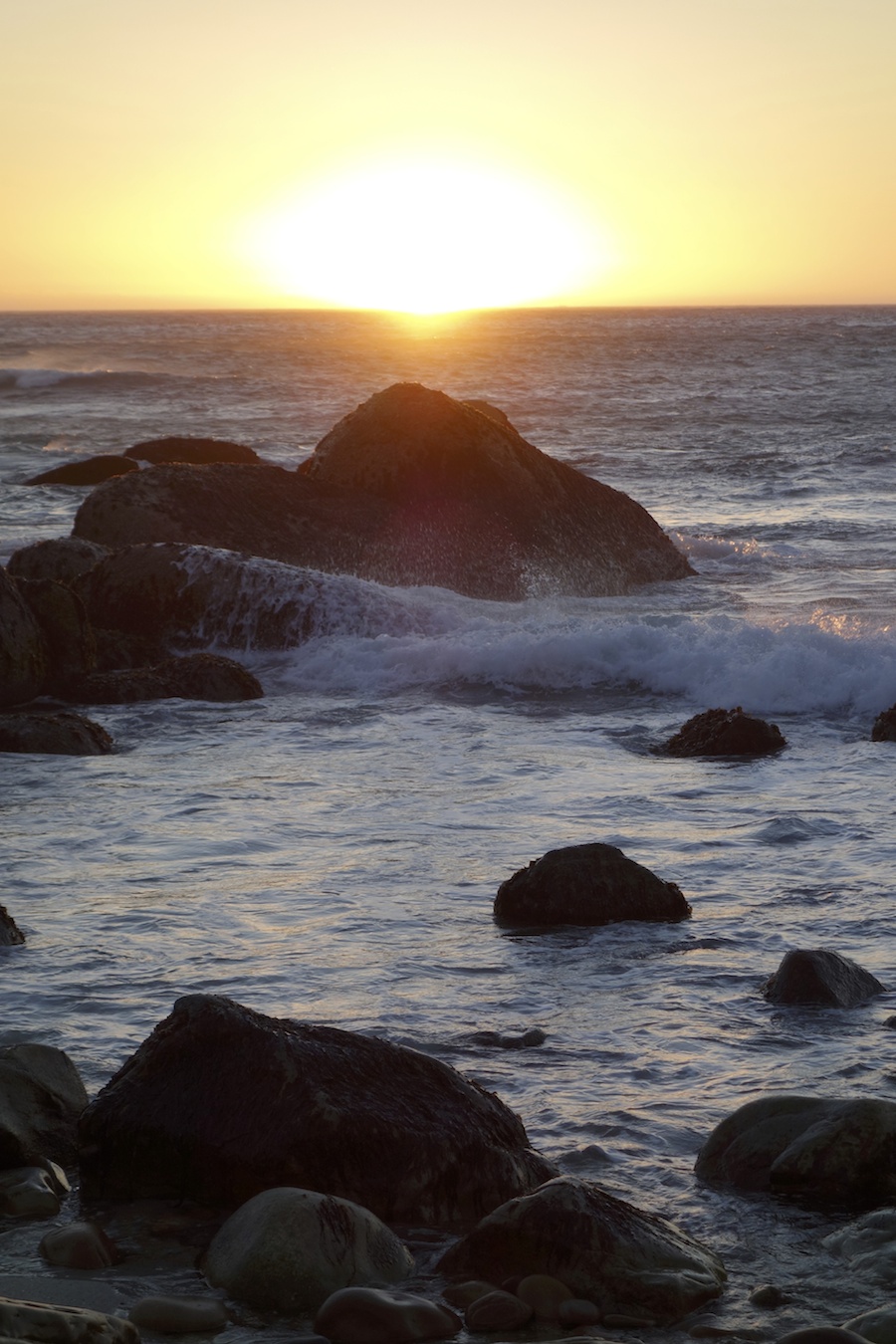 We ended up shelter by rocks and then had the most incredible experience.  The sun was low on the horizon and a wave started to crest.  The light of sun made it near transparent and a seal swam the length of the breaking wave at speed.  There was no time to line up a camera which means I can only describe the experience, not that a picture would replicate it (although this was taken just after).   In fact ‘swam’ is too mundane an expression for the movement, the grace and beauty of the seal at that moment.  Over the years nature has granted me many an aesthetic experience but this was special.

As we left the beach, the evening light on the the Twelve Apostles provided a backcloth worthy of the occasion.  This is a beautiful land and I have been too long absent.

We had a lot of fun in a intense one day workshop at the Worldsview ...

I was picked up early this morning by Marius Ungerer who I first met when he ...