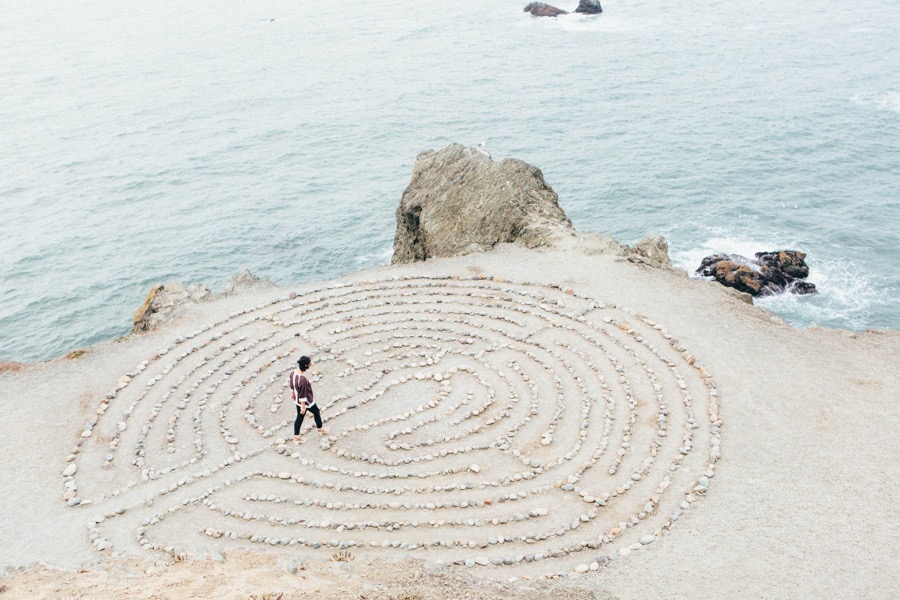 Making things simple but not simplistic is where I left yesterday’s post and that leads me into what is still, to a degree a vexatious issue in Cynefin and to a degree an unresolved tension.  I refer to the use of constraints as key to domain definition.  The stable version of Cynefin talks about order as having rigid (clear) or governing (complicated) constraints and then that leaves chaos with no effective constraints and complexity with enabling constraints.  In even simpler form I sometime talk about order as contained and complexity as connected – which means a complex system may not have boundaries in any conventional sense of the word.  This is one of the key differences with systems thinking by the way.  One problem with all of this is explaining the difference between enabling and governing constraints to an audience which, while not lacking in intelligence, tends to see constraints as things to be removed.  That also comes from a naive reading of Goldratt’s Theory of Constraints and the wider issues of Lean and Flow and so on.  Alicia explains the difference well in multiple sources, this link being one I would recommend.  Recently when I mentioned the wider issue with using the constraint word she pointed out that in academic (and some practitioner) circles it was not as issue which is true.  The problem if you want something to scale is that the balance between using familiar and unfamiliar words is a part and parcel of effective communication and its difficult to get right while maintaining integrity to the original concepts.  Too many people fall into the simplistic trap in the name of simplicity.

I’ve used new words for new ideas, but I have used them sparingly and generally with ‘translation phrases’.  So exaptation becomes radical re-purposing and aporia deliberate or managed confusion/ambiguity.  The phrases and examples are all designed to help people transition to the new language. The problem with a familiar word, like constraint, is that is difficult to break people away from the entrained patterns of meaning.  We haven’t got two words which are normally seen as synonyms which is a pity.  I and others have done a lot with Complex/Complicated and Effective/Efficient for example. That isn’t possible with constraints.  I’ve also compounded this over the years by developing a typology of constraints and have also committed that typology to publication in the EU Field Guide which means I don’t particularly want to change it.

Now in parallel with this there has been a body of work looking at the utility of the idea of scaffolding which was developed in a series of retreats over the best part of 18 months.  That proceeded a typology of scaffolding, all described by metaphor, which included:

I sometimes draw those as a circle as the first and last are rigid in nature, the middle ones carry a greater degree of ambiguity.  I’ve used the idea in several posts and most specifically in my seven part series on culture which I need to update and expand, possibly into a mini-book at some stage.

Then more recently the idea of scaffolding was a key element of the paper on the application of constructor theory to social systems.  Now that is a jointly authored paper and all three authors come from different backgrounds and there are inevitably some compromises that are made.  But this is a important piece of work.  That paper talked about robust and resilient types of scaffolding, a division that I had previously used for constraints.  The paper also introduced the idea of counter-factuals and constructors, something I first wrote about back in 2015.  The concept is fairly clear:  A counter-factual is something that can’t happen, a constructor is something that produces consistent outcomes (substrates) and scaffolding is a way to stabilise the results.  The idea of legitimacy is key here and construction is a product of input and output both of which in various ways constrain each other.  By focusing on the construction you in effect change input and output states and reciprocity to design a landscape in which the energy gradients are less for what you desire and greater for what you would prefer or need to avoid.

It also sees scaffolding as a way to stabilise or support constructor tasks and the typology we developed in that paper mapped more or less exactly to the typology of constraints rather than the typology above.  At that point there is some attraction in defining Cynefin domains by the types of scaffolding they need.  There is also attraction in using constraints as an input in order to map counterfactuals and constructors, so we introduce that language, rather than the language of constraints to decision makers.  I’m already working on methods here, and some automation using SenseMaker® around the EU Field Guide assessment which is now in beta so expect more posts.

So overall, in this second post, I am less defining what Cynefin is, more talking about where I am in my thinking and indicating where I am going next.  The journey continues …

Banner picture of leeks is cropped from an original photo by Lucy May on Unsplash.  For those not in the know, the leek is also a welsh symbol.  Opening picture of the stone maze is by Ashley Batz again on Unsplash and I have used it as an example of a constructor – you choose to accept pathways rather than break them.

I spent most of St David’s Day this year in a somewhat convoluted walk in ...

A mélange of potential, not a mindset

Just under four years ago I wrote a blog post where I compared blaming failure on ...