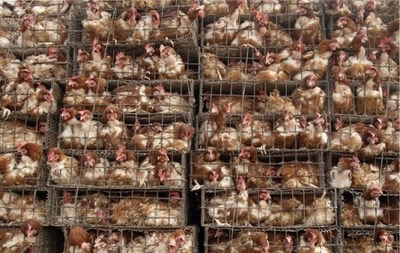 An article in the Washington Post caught my attention at the end of last year. It argues against open plan offices on a range of grounds. It points out that it allows greater management control, reduced costs, faster spreading of flue germs and various other ills. These, the author argues outweigh any benefit of new connections and transparency. Overall it is an interesting article and few practical ideas at the end.

Some years ago while I was still in IBM we did a narrative based knowledge audit of a large pharmaceutical company to inform the architects designing a new building. Knowledge spaces were then the height of corporate fashion hence my involvement. It was an interesting project. It was one of the first ethnographic projects both in terms of narrative, but also of spending time as a new recruit working in the space. We ended up writing a report which shocked people. We basically argued for three types of space:

Now I heard they implemented it, but I had left IBM before the building was complete so I don’t know what happened but it is an approach I still recommend. It pays attention to the context of work, less than the status of the worker. Interesting one of my first post-IBM jobs was in Scotland with the new Gogaburn headquarters for the RBS. I was a little too honest in my engagement. The open plan areas were adjacent to a food and shopping mall, less cafe than street. But you had to pass by your supervisor in order to get there which was an inhibitor. The general workers came through the door and headed left to get to that space. To the right the executive suite, shall we say, exhibited conspicuous consumption. Liveried servants, evidence of oak lining etc. I should probably have been more diplomatic in pointing out the problems here, but suffice it to say that I didn’t get a contract.

Space is obviously of importance and there are many examples of knowledge based architecture, existing spaces and the like. I would be really interested if anyone knows of studies which shows the impact of those a decade or so on, and if they have been used since their inception or converted back to more conventional use. The problem I’ve seen with all of these is when the architect or Executive uses the design as an extension of their model of how things should be. In my work on space over around eight big contracts we have always started with the work and the culture of that work. Radical design is often needed but it will have unintended consequence and the reaction plan when people move in is as, if not more, important than the design. I remember being told by several employees of an issue with the then new British Airways building near Heathrow. After they moved in the architect got up set with people putting posters on the walls of their work areas, it wasn’t how he had designed it and the enforcement of this produced a negative impact. OK all of these things can be managed, but preparing to manage them is key. If you make major changes assume their will be problems and enforcement has limited utility in dealing with them.

So in this final post on the 3Cs of research in organisations I’m returning to ...

I’ve been thinking and reading about time recently and not for morbid reasons. Some of ...