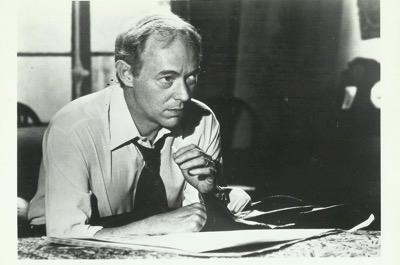 I don’t know if the author of this post advocating that AQ (Authenticity Quotient) to replace EQ and IQ appreciates the irony of attempting to measure authenticity. The short post is pretty much an inditement of benchmarking fetish and cult of the ideal leader that pervades too much consultancy practice. A little scary to discover that attempts have been made to create an SQ (social) or CQ (culture) measurements. The fact that the author’s preferred definition of authenticity is a platitude that has nothing whatsoever to do with the concept of authenticity just makes it worse. I quote:
Authenticity is genuine throughout, willingly humble, and looks out for the welfare of others. These leaders don’t use their position as a license for fulfilling their own desires through fear or manipulation. To be clear I think it’s a noble aspiration but it misses the point. I watched the Steve Jobs movie on the flight to the US this week and there is no question that Jobs was authentic, but to his evolving vision. In being authentic to that he contradicted the above statement in its entirety and I for one am glad he did.

Authenticity is a key aspect of Sartre’s existentialism best expressed in his four novel sequence The Roads to Freedom. The BBC production of that in 1970 was magnificent, one of the defining experiences of my teenage years. What has happened to it is one of great mysteries of our time. For years they said they had lost the tapes, then the BFI did a full showing but they have not realised the DVD, allowed a new showing or even answered questions. If anyone knows how to release it please take up the cudgel I am despite to see it again, and again. In Sartre it is all about the response to pressure, morals and aesthetics in conflict with being comfortable. The final scenes in which Mathieu goes to certain death during the Nazi invasion of France as an affirmation of his freedom is etched in my memory and was in no small way responsible for my decision to take up philosophy at University, although I never found my Ivich.

The idea that you can create an idealistic set of qualities and measure if an individual has them to determine if they will or will not be a good leader is arrant nonsense. It doesn’t matter if it is IQ, EQ, SQ, CQ or God help us AQ. In fact to attempt any of them its inauthentic to the context in which leadership takes place which is never fully individual, always emergent, always situated in the nature of the decisions being made. We need to move away from all of these attempts to categorise individuals using platitudinous and judgemental language and instead focus on network structures from which authentic leadership can emerge and be enacted.

I spent an enjoyable day with the LINK research group at UTA. A mixture of ...

Catharism was a medieval heresy who believed there were two Gods, one evil and one ...