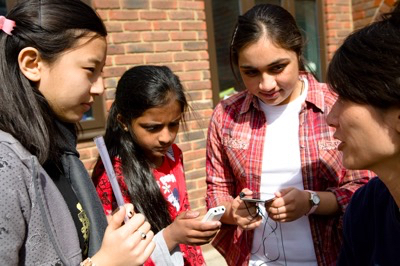 Yesterday I expressed concern about the abuse of the term ethnography. In particular when all that people are doing is some basic observation and interviewing. However full ethnography takes a long time and is very resource intensive. To situate an ethnographer into each community for a couple of years really isn’t going to work in world that cannot wait that long to understand what is going on and seek to nudge things in a better direction. Given that I can understand that people tried to short circuit the process or simply acknowledge that the observer was also a biased participant. I wrote that aspect up in my book chapter ‘Naturalising Sensemaking’ in Mosier and Fischer (eds) Informed by Knowledge: Expert Performance pp 223-234 published in 2010. Apologies that I can’t share the text on line. If anyone is interested me and I can send email me and I will send you an early draft.

In designing SenseMaker® I took a different approach but the process of getting there was emergent, it took a lot of projects, reading, discussion and work from colleagues to get there. But there are three key aspects:

So we empowered the community to interpret their now material and used technology to enable capture over broad communities in real time. When a Home Office anthropologist called it the first example of distributed ethnography I was able to apply retrospective coherence to what had been a theory informed set of experiments and a lot of intuition.

When I did the original method development around complexity in OBM days, working with Hanna in Denmark we facilitated in English but they spoke in Danish. I’ve always been paranoid about making things explicit or facilitator engagement (one of the disagreements with Cynthia and others over the years). In effect handing over collection and interpretation to the population being researched and who have to engage was an extension of that. I’ve had a number of personal experiences of facilitator interference over the years. Given that I started this series in the context of design thinking I have shared one of those below.

I had one very negative experience years ago in a Design Thinking seminar on the west coast. I was there as a participant and it was my first experience of the IDEO process. It was only one experience so I am not making it a general judgement but it does emphasis my concerns. All of us (I was an external expert) were marshalled into brain storming sessions and each group had a scribe from the facilitation team. As things went on I started to look at what he was writing and got to the point where I took the guy aside and said That isn’t what I said. The response was an apology and he would look at it. Half an hour later I checked again, nothing had changed and the misrepresentation has continued. So I did a more public challenge and was told he was synthesising the material. Under more pressure he said that he was recording what you really meant to say at which point I got a little difficult. Others were pulled in, I was unpopular but it was changed. Then we came to the end of the day and everyone was sent away so that the experts could now produce a solution that we would be presented to us in the morning. I rather suspected that the solution was already formed before the seminar and the recording of participants was being recorded to support that solution. Now I know this was one case, I know that people say it is not how it should be; but when you make a process linear this sort of problem is common.

Continue to Ethnography I Here

In Act I of A Midsummer Nights Dream Bottom is asked to play Pyramus, “a ...

I spent an enjoyable day with the LINK research group at UTA. A mixture of ...