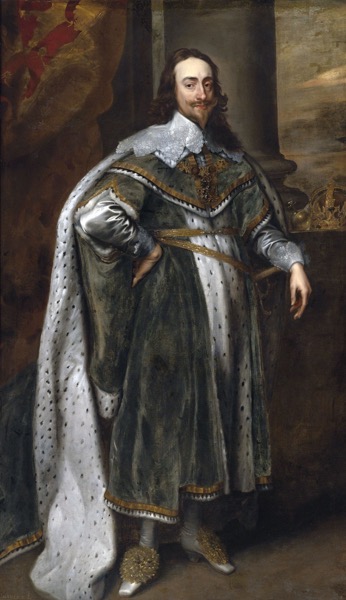 A reminder that his blog is my personal opinion and is not an official statement from Cognitive Edge, its staff, partners or network.

There really is only one subject to talk about in our disunited & troubled kingdom today; and the various historical precedents are scary.  We’ve just passed the 200th Anniversary of Peterloo which was a defining moment of its age; it shifted the population to support of the movement for enfranchisement.   Parliament by then had power, but it was not representative.   In contrast, in the early 17th Century, it’s role was largely an advisory one other than its role in raising taxes.   Charles I, chosen to rule by God (in his eyes and those of his followers), used it as little as possible and during eleven years of tyranny did without it all together.  That was in part a response to the Petition of Right he had been forced to accept with its references to Magna Carta.  The Short and then the Long Parliament followed and the essence is the latter is the refusal of the Speaker of the House to be intimidated by the King.  The Commons also passed a Bill of Attainer that imposed the death penalty on one of Charle’s favourites the the Earl of Stafford.   Charles had promised him he would not allow the execution to proceed but fearing for his family allowed the be-heading to go ahead.

I could add in the various other struggles of the 19th and 20th Century, I could go back to the Witenagemot of the Anglo Saxon Kings of the Welsh Parliaments of Owain Glyndŵr.  But the point is made, the force of democracy within the history of this Island is one of representative democracy through the Parliament.   Now in the 21st Century that same Parliament has been prorogued for an  unprecedented period of five weeks, normally it is measured in days.  The clear intention being to prevent scrutiny of the Executive in its drive for a no deal Brexit something that was never on the agenda in what was only ever an advisory referendum.   Our current executive lied and cheated to achieve that result, indeed if the referendum had been mandatory it would have been ruled out of order by the courts.  A Hard Brexit was never on the ballot, instead we were promised the easiest of trade deals, the release of money for the NHS and so on.   Now that the mood has changed with reality a small faction, based on an electorate of under 1% of the population (the increasingly aged members of the Conservative Party) is intent on achieving an unsanctioned and potentially catastrophic result.  It is, in the words of the Financial Times a coup and there is no other word for it.

If Mr Johnson’s prorogation ploy The UK’s constitutional arrangements have long relied on conventions. The danger existed that an unscrupulous leader could trample on such conventions. That has not happened, in the modern era, until now.” ITS A COUP

The whole agenda around Brexit has only ever been about the internal machinations of the Conservative Party.   Cameron (currently the third worst Prime Minister in British History) only offered it to placate his right wing and assumed he would be in a coalition with the Liberal Party who would prevent it.  That having failed he didn’t do the basics for any constitutional change – allowing those over 16 to vote (it is after all their future) as happened in Scotland and requiring more than a simple majority.  The Labour Party was led by a romantic who also cleared wanted out of Europe in the forlorn hope that he could create socialism in one country.  No one took the leave campaign seriously and we had a narrow victory with less than 40% of those eligible to vote.  Then we had the Maybot (The second worst Prime Minister in history in what is an increasing rush to the bottom) who sought to placate the same right wing and failed in consequence.   Usher in the Etonians with the current worst Prime Minister in history, Boris Johnson (whose connection with truth, statesmanship and integrity is only rivalled by his transatlantic twin) and democracy has just been thrown out of the window.   I can only hope that his fellow Etonian, the absurd throwback that is the Rees Mogg will end up in the same position as Stafford.  If there was ever a time to abolish the privilege of the ‘Public’ Schools of Britain it is now, and given its compliance, lets get rid of the monarchy at the same time.  We need  a Head of State prepared to preserve democracy.

Mind you the staff of Eton College seem to have some judgement.  Here we have a letter from Martin Hammond, Master in College at Eton to Boris’s father written in 1982:

Boris really has adopted a disgracefully cavalier (my note – see Charles I) attitude to his classical studies.  It is a question of priorities which most of his colleagues have no difficulty in sorting out.  Boris sometimes seem affronted when criticised for what amounts to a gross failure of responsibility (and surprised at the same time that he was not appointed Captain of the School for next half).  I think he honestly believes that is churlish of us not to regard him as an exception, one who should be free of the network of obligation which binds everyone else.

And in case you think that was a sin of childhood, easily overcome, it is worth noting the views of Max Hastings, his boss at the Daily Telegraph, also from the right politically.  Writing in an article in the Guardian this June he says:

I have known Johnson since the 1980s, when I edited the Daily Telegraph and he was our flamboyant Brussels correspondent. I have argued for a decade that, while he is a brilliant entertainer who made a popular maître d’ for London as its mayor, he is unfit for national office, because it seems he cares for no interest save his own fame and gratification.

So now democracy hangs by a thread with a disjoined opposition, poorly lead, facing a focused, ruthless and well funded far right executive presided over by a lazy narcissist.  Populism has its simple message, its echo chambers and its appalling cynicism, we the people suffer the consequences.  We have hope in a Speaker who is emulating the courage of his 17th Century predecessor and we have politicians on the left and right who understand that something needs to be done, and done quickly; although they are ill supported by their Leaders.  There may yet be hope but there is little unity; a parallel with the Weimar Republic?

And while all this is going on the world is burning …

I leave the last word to Stephen Fry:

Weep for Britain. A sick, cynical brutal and horribly dangerous coup d’état. Children playing with matches, but spitefully not accidentally: gleefully torching an ancient democracy and any tattered shreds of reputation or standing our poor country had left.

PS: I’m not the only one making a comparison with Charles I – see this in today’s Guardian

I’ve long pointed out, to many over enthusiastic proponents of ‘story telling’; that the phrase ...

Many years ago now I worked with anthropologist Beth Meriam to design an approach to ...