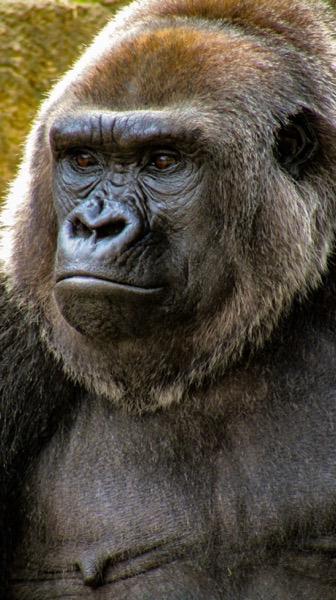 One of the points made in our recent retreat on decision making is that the phrase cognitive bias could be misleading.   In practice biases are in the main (unless they are pathological) a form of heuristic, a way of reducing energy consumption.   So to take the case of inattentional blindness (see below for this not familiar with the idea) the argument is that expert radiologists can not spend their time looking for ANY anomaly but only anomalies that they expect.   In the vast majority of cases this is far more efficient, consumes less energy (a driving force of evolution) and produces perfectly good results; until it doesn’t.

Now there is also wilful blindness and the evidence that people will go with the flow and follow social norms even if they know it is not in their self interest.  My banner picture of the cigarette is a double reference here: firstly to lung cancer and secondly to the dangers of habit.  As someone whose Mother died of lung cancer, almost certainly arising from secondary smoking in the staff room of the school where she taught, I find it almost imcomprensivfle to see staff smoking outside the back door of a cancer unit.  The evidence is clear, the danger evident and they can also see the consequences; and it is is not a good way to die.  But they smoke regardless.

If we look at climate change we know that we should behave differently.   There is no need to leave lights on, use plastic bottles for water and so on but we still do it when convenient, or when we think there is no alternative.   Walking overseas I’m tried to remember to take a water bottle for hiking, often forgotten and bought a new one (with its own carbon foot print and I have a cupboard full of them) but at the end of the day there have been occasions when there are no alternatives.

Now you may ask me where all this is going?   Well if we look at the above three items the first is a part of being human, the second a consequence of social demands or pressure and the third is one of convenience.   They can be little things or big things, but they all make a different.   Exorting people to be good has a poor track record in this history of humanity so that is unlikely to work on a scalable basis.  So instead we need to create social processes and mechanisms by which habits and dispositional states change.   We can reduce the impact of inattentional blindness by deploying multiple perspectives and identifying outlier views (the 17%) before they are corrupted – something we do with MassSense in software terms but there are other mechanisms.   We can use the law to ban smoking in all but isolated conditions and/or we can hope by said restrictions to change the habits of people over time.  We can nudge behaviour and attitudes, but we shouldn’t necessarily yank.  We can increase the visibility of anti-social behaviour, something I’ve called the panopticon effect where knowledge of the fact that I am observed changes behaviour.

I could go on, and on Monday I’m going to look very specifically at climate change and announce and important open source programme from the Cynefin Centre.  But the essence of the point I want to make today is that changing is not about exhortation to be good or exhalation of the idea.  It is about changing the wider dispositional state by multiple small changes.  Drastic change may be necessary but then the unintended consequences will be high.

Oh, and to return to the start, the next time you accuse someone of bias, remember they may just be being efficient!

What about expert searchers who have spent years honing their ability to detect small abnormalities in specific types of image? We asked 24 radiologists to perform a familiar lung nodule detection task. A gorilla, 48 times larger than the average nodule, was inserted in the last case. 83% of radiologists did not see the gorilla. Eye-tracking t that the majority of the those who missed the gorilla looked directly at the location of the gorilla. Even expert searchers, operating in their domain of expertise, are vulnerable to inattentional blindness.

Gorilla  by Joshua J. Cotten,  Cigarette by Ray Reyes both on Unsplash

Many years ago now I worked with anthropologist Beth Meriam to design an approach to ...

One of the few good news items yesterday (don’t ask but it involves more tests) ...