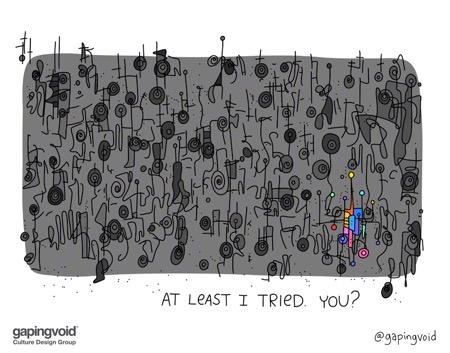 I need to acknowledge my debt to Terry Eagleton for his two books Radical Sacrifice  and Hope without Optimism in acting as the initial inspiration for this post and that of tomorrow.  I’ve been recommending both books on and off for some years now in the context of both climate change and Covid.  Terry has written over 50 books and none of them has ever disappointed.  But then I remember long discussions and arguments in Spode House, Blackfriars and more especially the Kings Arms in Oxford (just down the road from Blackwells) where I was one of a small group with him Herbert McCabe, Giles, Peter and others working through Liberation Theology and Catholic Marxism back in the 1970s.

Now sacrifice is not unique to humans.  Any fell-walker will know the behaviour of many a ground-nesting bird where one of the patents will feign injury, such as a broken wing, to draw the attention of a predator away from their best.  Its technical name is paratrepsis or distraction display.  There are also mobbing behaviours, I get to witness that from my study window when the crows go after the Red Kite in the field behind our gardens, but those generally don’t involve sacrifice per se.  In paratrepsis the parent is risking death to protect their young and we see this in fish and mammals as well as birds.

But humans appear to be the only species to have taken sacrifice to a very different level.  At the time of writing, we are seven weeks on from the 11th hour of the 11th day of the 11th month, known as Armistice Day in Europe and (since 1954) Veterans Day in the USA.  The sheer number of people who sacrificed themselves for “King and Country” (or the equivalent in other countries) is on a very different scale from feigning injury to avoid your nest being damaged.  So there is something qualitatively different in human use of sacrifice in that we engage in it to support an idea or a belief.

Martyrdom is not just a religious phenomenon, all radical movements both end up with some of their members martyring themselves for the cause, and one could argue that martyrdom tends to come before scalability – it is a necessary but not sufficient condition for the movement to grow.  Again in both religious and non-religious contexts alike sacrifice is associated with redemption.  Christianity is pretty unique in suggesting that God itself was a sacrifice but you get the point.

As Terry points out sacrifice is linked to the idea of a gift that in turn creates an obligation.   We’ve beyond ritualised sacrifice to appease the Gods or to gain favours, but now the process is linked to change, to achieving goals and that requires a willingness to give things up, even to the point of death.  Terry opens Radical Sacrifice with a quote from Mary Douglas in Purity in Danger (a link there to yesterday’s post):

When someone freely embraces the symbols of death, or death itself … a great release of power for good can be expected to follow.

Most of our myths and traditions support this.  Sacrifice can also be humiliation (my reason to choose the banner picture) and can involve scapegoating.  Of the three great dystopian novels of the last Century, Koestler’s Darkness at Noon is the most terrifying and also the best written.  Its hero Nikolai Salmanovich Rubashov accepts, after three hearings that despite the fact he is innocent, he is in fact guilty and his execution is necessary for the good of the Party.  The character of 402 is one of the best-written characters in European fiction.  Innocence and justice are irrelevant to the needs of the ideology to which he has committed his life.  The other two dystopian novels are 1984 and Brave New World and we might add The Handmaids Tale to make it four.

In a sense, Rubashov accepts a role as a voluntary scapegoat.  The origins of this are in a ritual in which one of a pair of goats is realised into the wilderness, bearing the sins of the community while the other is sacrificed.  Its meaning now is that of one punished for the actions of others but it’s worth remembering that in many cases acceptance of the role was ‘voluntary’ to gain some wider benefit.  A low-caste criminal accepting responsibility for something in return for their family not suffering was a common process.  Many societies selected someone every year who was fed and looked after by the community, often with unrestricted sexual access, but then at the end of the year was sacrificed for the supposed benefit of the community as a whole.

I could go on, and I recommend Terry’s book but I think that is enough to establish that this is a unique feature of human systems, for good and ill.

Christ Bearing the Cross (originally on one side of the panel that is known as the Tauberbischofsheim altarpiece, Kunsthalle Karlsruhe)
Artist: Matthias Grünewald. Germany 1480-1528
This banner picture is cropped from the original

I spent most of yesterday’s post using the apprentice/craft hall set of practices to illustrate ...

If you don’t know, in the Catholic tradition Hope is a theological virtue and it's ...