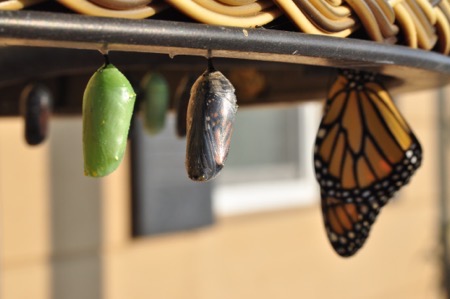 I’ve just listened to a three plus hours discussion with Jean Bolton on complexity, recorded for the Open University.  I first met Jean through Peter Allen in the great days of the UK-based IBM Complexity Group which included Peter, Brian Godwin, Paul Cilliers, Jack Cohen, Max Boisot, Pierpaolo Andriani, Yasmin Merali, Mike Lissack and several others along with casual encounters with Ralph Stacy.  That in turn brought in, as the activities extended to the US, Alicia Juarrero, Stu Kauffman, Brian Arthur, Scott Page and others.  That period was a febrile one in which we were largely ignored by the Systems Thinking community (and ignored them in turn) with events taking place in Warwick, Durham, Lecce, Bedfont Lakes, Durham and elsewhere.  A lot of my ideas were in an early stage of formation during that time and I look back on it with considerable affection.

Jean wrote a book Embracing Complexity with Peter and Chris Bowman which has two outstanding chapters – on the history of complexity and the role of modelling.  Sections on consultancy I didn’t find useful as while they showed awareness of complexity, the methods were not designed for complexity.  It even advocated Myers Briggs, as a pseudo-science because I think it had been used in one of the cases that made up that book.  I raised that with Jean and I know I wasn’t satisfied with her answer and I am pretty sure she was not happy with my response!  My other big problem with the book, other than its confusion of my work with that of Stacy, was its adoption of the Forest Cycle which I have criticised in an earlier post.  I also think it idealises the pre-Socratics, confuses Plato with Aristotle and a bunch of other issues.  But read it for the good chapters and use your own judgement on the rest, you may well not agree with me.

Overall it’s a good way to spend your time and I agree with most of what she says.  I think she is wrong to attribute cybernetics to Bateson; he may have used the word but he is nothing to do without how that developed over time.  She, like me, makes the point that complexity comes from Physics, Biology and Chemistry while Systems Thinking really comes from Shannon and Ashby.  I think her treatment of the different schools of thinking is limited to ones she is familiar with or finds acceptable.  Her enthusiasm for Daoism I understand but I think she neglects its interaction with Confucianism.  She talks a lot about flow and path dependency and that started to crystallise some thoughts I have been having for some time; just as Prigogine’s insight that open systems mean we are not condemned to equilibrium so a proper understanding of abstraction might enable human systems to avoid the restrictions of path dependency.  In the context of change, especially change of attitudes relating to climate change, populist politics and the like finding ways to overcome the patterning constraint of prior paths is important.  We don’t necessarily want, to use Jean’s words, a processional world.  That idea itself is too close to the enlightenment and culturally specific idea of transitions to high levels of civilisation, the enlightenment concepts that underpin stage theory.  I’ve argued, with increasing frequency that we need to think Renaissance, not Enlightenment; valuing the new but not forgetting the value of what has come before

Abstraction is a key aspect of human evolution with art and music coming before language.  Abstractions allow us to see things differently, and to make adductive connections between things.  And at the same time as a species, we both have, and can create, varying degrees of agency.  I also associated agency with assemblage and affordances as an alternative to the mindset word.  In parallel, I was thinking about a Christmas series of metaphors, but I think I have now changed my mind a little and the Christmas series will instead look at what is unique about complexity in human systems; which can encompass but is not limited by metaphor.

The banner abstract is cropped from an original by Jr Korpa.  The opening picture of the transition from pupa to butterfly is by Suzanne D. Williams both on Unsplash

Before I return to my decision series I wanted to get a little bit of ...

I’ve been feeling a little frustrated over the last ten days.  I spent the previous ...