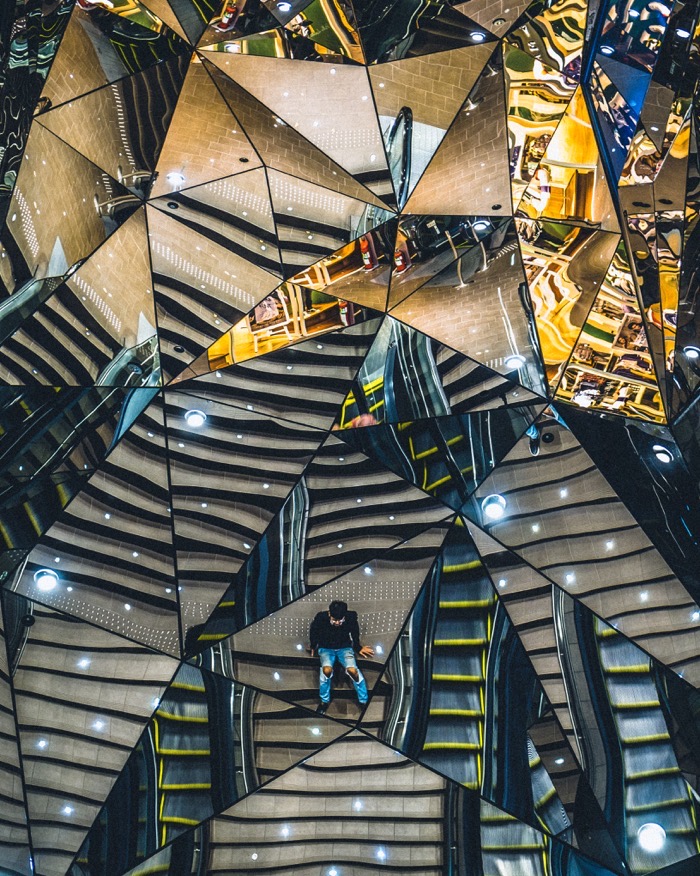 This post continues an earlier series on the theme of Leadership and is the third post in that series.  Links to the first two posts can be found in my post of yesterday.  Here I want to outline a previous IBM project which encompassed many of the principles of descriptive self-awareness in leadership development.  The project was run with Sharon Darwent when I was in IBM, under the direct sponsorship of Lou Gerstner and the Executive Development group in HR, working with a cohort being induced into his top three hundred.  The three hundred an interesting group, every year sixty joined in two cohorts of thirty each, and each year sixty left.   I still remember when Lou gave the introduction to the programme, his statement that today they had succeeded by making their numbers, now they had to carry on doing that but they also had to show a wider awareness of the needs of the company as a whole.  He also said, pointedly, that they would find this difficult and not everyone would make it through the process.  I was impressed with the speed with which Lou picked up on the ideas of complexity as he elaborated why they were engaged in the process.

Now all of this was a little daunting, we had been catapulted from obscurity to being front and central to internal strategic development.  I was about to appear in a worldwide advertising campaign as one of IBM’s On Demand Thinkers and we were considered central to IBM’s government strategy having won DARPA programmes.  Not only that my team had investment as an Emergent Business Opportunity.  So this training programme was the culmination of a journey, and also the start of its end.  I say this so you aware that some methods and techniques can be politically dangerous.  But I’ll return to that at the end of this post.

So we have thirty people who have been catapulted from general management roles to membership of an elite club that loses 20% of its membership each year, but means you are on the edge of getting to board-level positions.  They are locked up in the Armonk Training Centre for a week and Sharon and I have to take them through a process, which they know they will find uncomfortable.  So I want to tell this story in two parts, what we designed and then what happened.

I’ll outline it as a set of stages but let me start with some of the underlying principles and assumptions of the approach.  We were delating with an elite, largely male group of actors.  They had come from a privileged educational background and by luck or judgment had got themselves on to a fast track management programme.  Interestingly the ones who were most prepared to learn during the week we had them seemed to coincide with those who recognised the element of luck and those who learned little were arrogant enough to ignore their fortune.

Now that profile is not unusual for a leadership group.  We didn’t want to take the approach of much of what I call the therapeutic approach to leadership development.  This too readily assumes a degree of narcissism or authoritarianism which requires the individual to come to the mercy seat, confess their nature and profess in the future to be a servant leader or whatever is the current fad in the organisational development community.  We were paranoid about avoiding the normal facilitated reflection, personality tests and the like (although we had to live with some of those) which buts people on leadership development programmes into a self-referential and frequently self-important bubble.  So we set about setting up a system of interaction between the cohort group and their wider workforce that would allow the group to see things from different perspectives and draw conclusions from that data, and if appropriate seek to change their behaviour.  With the full agreement of Lou and HR we set out to make life difficult for them.

What I would (and have) done in the future

The basic design is sound, but in other post SenseMaker® projects we have utilised the journaling and reporting features of SenseMaker® to make the whole process slicker.  We have a leadership journal in which people on the programme keep a daily narrative learning journal and are given weekly tasks to interview other people and then reflect on that in additional narratives the whole creating a knowledge asset for the cohort.  I’d probably given them a project on both good and bad leaders of the past to do as a part of that journaling project and pick good people who became bad as a result of the context they lived through.  Also leaders who were good in the context of a crisis (Paton if you want a military example) but poor outside of that.   I’d also increate the amount to peer to peer learning.

I would get the leaders to select five groups not four, adding in an aporetic group of people who ask them difficult questions.  I’d allow the respondents to keep their narratives to themselves or to a coach or to the leader themselves.  I might also add in a generic capture around leadership archetypes rather than the good and bad historical leaders as the learning might be better.

Critically I would also set up projects in which we gave them a complex situation and then (i) got the cohort group to signify what was happening and come up with scenarios.  I would then get the leader to use their five respondent groups to carry out the same exercise and present them with the different results for discussion: the five groups, their cohort group and them.  In an executive coaching environment this would be a key aspect of that relationship over time.

I would also arrange and audit the deep emersion experience myself rather than delegating it!

Downstream I had made a lasting enemy in the man named Joel and that became a part of my leaving IBM and gave me a good story about narcism in leaders but I will return to that subject in the not too distant future.

Aside from the picture credit below I’d also acknowledge the work that Sharon did on this project and the Tom Jason & Linda project both in IBM as well as Lend Lease.    Sharon had the capacity to understand the intent of the design, modify it as needed but then put in the detailed work on the ground to bring everything together.  I’ve been blessed with others in that category but Sharon was the first I found in IBM  (Kath & Louise were  the first in DataSciences before IBM) and there have been several since.  If you want some of the stories then episode with most of the old IBM team in the Cynefin21 series was one of my favourites.  It isn’t up on the web site yet but as soon as it is I will provide a link.  Sharon carried on that work after I left IBM in BT and more recently as  Director, EY People Advisory Services where her project with the Met won the prestigious MCA award this year.  Oh, and she is Welsh and also studied at Lancaster.  Pedigree counts 🙂

On this day last year I was in Reading trying to give a masterclass without ...

Now I want to make it very clear up front that I know this doesn’t ...