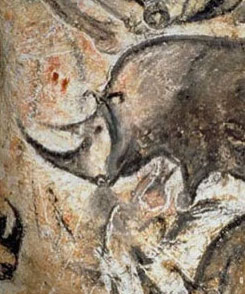 A rather novel to start to the day; discovering that the Cathedral Road B&B I am staying in is owned and managed by Charlotte Church’s father.  We exchange comments on dealing with wayward daughters and the loss to Welsh Rugby of Gavin Henson.  This is a part of South Wales I love, the lack of pretension and the refusal to take fame seriously.   I remember a long conversation about rugby with Tom Jones when I was luck enough to sit next to him on a flight back from Milan several years ago.  Breakfast over it was down to Atlantic Wharf for a meeting with the CEO of Cardiff Council then back up to the SWALEC stadium to complete day two of our project to create a range of NHS related projects ranging from patient care to obesity management along with many others.   I’ll be back in three weeks time to finalise this, but for the moment we have a good range of projects with committed participants – all part of the Small Countries project. There is a greater intimacy in Wales around the NHS and a different attitude to its criticality than you find in the South East of England.  I think its part of the tribal culture that is so much a part of celtic culture in contrast with the more atomistic and mercantile culture that grew up in and around London.  But then I am biased ….

What I was really pleased about is that we managed to get a large group of people to move away from the survey mentality.   I emphasised some key aspects of SenseMaker® project design and they were all on board by the end of the day; evidenced by their project definitions more than verbal compliance.   Those aspects can be summarised as follows:

There was a whole lot more, but those were the three essentials.  Overcome those, or better still understand them in practice and things go easily  Force a novel method into the structures of traditional research and you are unlikely to succeed. Then the worker blames the tools despite having used them untrained and unaware of their nature.

A memory of Peter Drucker

I'm back in San Diego again for a series of meetings and if things work ...

Lines in the sands of time

Up to Hull today to deliver my first lecture tomorrow in what I hope will ...