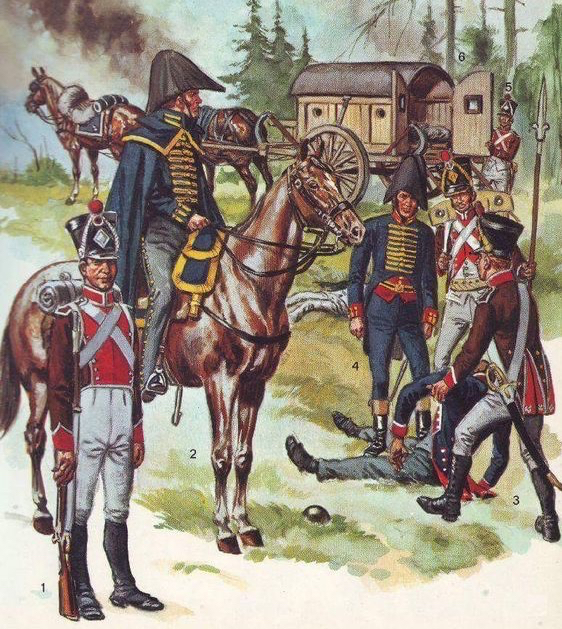 For my generation one of the seminal television programmes was M.A.S.H, one of those cases where the spin off for the small screen was a better format than the original film. It was probably my first introduction to the critical notion of triage, a concept that is under-represented in the management and leadership literature. I think that is in part because said literature is generally focused on proselytise simplistic recipes in which planning, foresight and various platitudinous qualities combine to create the great and noble leader who never fails. OK I am laying it on a bit thick there but you get the point. The M.A.S.H unit was placed near to the battlefield and performed emergency surgery before sending combat victims on to hospitals in larger bases. As the helicopters came in rapid decisions were made as to priority treatment based on limited data in short timescales.

Now the idea of triage is, in some sources, attributed to Baron Larrey, a surgeon in the army of Napoleon who also built on earlier work by Pierre‐François Percy. Described variously as complex, vain and virtuous he pioneered new approaches to amputation that reduced the risk of gangrene, used ice as an anaesthetic and was famously braised by the novelist Fanny Burney for the mastectomy he performed on her without the benefit of drugs. He was a revolutionary, leading one of the charges on the Bastille and is one of the few to have been recognised by Napoleon who called him “the most virtuous man I have known” and left him 100,000 francs in his will. His pioneering ideas involved an early form of ambulance providing immediate stabilisation of wounds in the battlefield, a role that of itself requires considerable bravery.

One of the basic principles of triage is to try and keep as many people alive as possible by taking immediate good enough actions to allow time for the base hospital to perform the full operation at more leisure and with less immediate pressure; it is also a point at which some people will be left to die. In Cynefin it sits in the complex to complicated liminal zone; a state of transition in which as many options are kept open as possible with some, with regret being let go, although you might harvest the organs in the fatal cases. I getting ready for a rather black metaphor here so forgive me.

It has long been an axiom of mine that the little things are infinitely the most important.
Arthur Conon Doyle in The Memoirs of Sherlock Holmes

My second ’T-word’ here is trivia, one of the most important aspects of a leader’s role. I sometimes reference this under the more explanatory phrase small noticings. The ability to see significance in outliers that others have neglected; a point that relates to ideas, projects and people. One of the things I liked about the IBM that acquired DataSciences all those years ago is that sufficient senior leaders seemed to take a perverse pride in protecting mavericks and trouble makers. That gave them a distributed capacity to spot weak signals (a form of cognitive extension of their own decision making powers) as well as a source of truth. One of the things that people in new leadership positions rarely understand is that they really can’t trust what people say to them. If you wear the answer you want on your sleeve it is the answer you will be given ninety-nine times out of a hundred and the more you export people to be honest with you, the less likely it is they will be. I’ve been through two mergers, several acquisitions a few start ups and I’ve also been acquired as well as working on mergers for several major companies world wide over the years. One of my heuristics there is to beware those who appear to be completely on board with your new vision and listen more carefully to the cynics.

If you can’t live with failure in others don’t seek out a management or leadership position, and if you can’t treat all agreement and praise with considerable scepticism you won’t survive long anyway. You, like everyone are subject to in-attentional blindness, confirmation bias and the like and developing strategies to live with that is key. Paying attention to trivia, tolerating dissent, finding time to check understanding are all key as is asking questions, followed by more questions before coming to any judgement.

The day you have to protest your own knowledge or competence to justify a decision you have made is the start of a slippery slope. If your actions prove that competence, or prove a willingness to acquire it then you will get attention. There is, as they say, Gold in them there hills but you need a lot of patience to find it and the more independently minded explorers you have a good relationship with the easier your task. There is of course a paradox here, a conflict with the idea of strategic focus. It is also contextual: early pioneers make money on gold finds, the next arrivals made money selling booze, sex and shovels to the late comers. The great irony under conditions of high uncertainty is that the weak signals, the trivia, are vital to your survival but also the easiest to ignore.

I’m slowly building here to a one pager on Leadership in the Liminal version of Cynefin to take over from the old HBR article. One of a series of such briefs that we are putting together for the new training programmes I referenced here last week. So any comments, subjects or suggestions are welcome. Tomorrow I’m going back to the Alice series.

I’ve got a lot more posts lined up in the Alice series, but I’m going ...

Our first retreat of 2018 explored the general area of design and innovation. It took ...