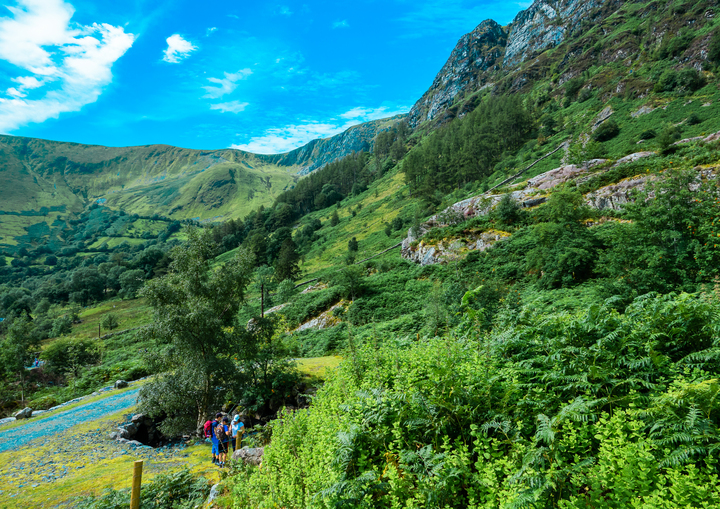 Imagine standing at the base of a mountain. As you look up, the mist rises into a thick fog obscuring the terrain in front of you. You’re holding a map in your hands. It is scant of detail; it only shows key landmarks/milestones along the way with almost no indication of the type of terrain. It shows one path leading straight up the mountain, and it’s not easy to decipher where exactly you are. There are instructions that accompany the map but they describe the path as if you were standing at the top of the peak. This map may have been useful without the fog but the fog makes this an unpredictable environment.

—Hmm… at this point, if you’re like me, you’re not feeling so confident about this expedition.

Luckily, a local hill walker familiar with the area walks past and you ask them for help.

They show you their map which is a lot more detailed and up to date. It shows that there are actually several paths that lead to the peak and the difficulty level of each of them. This detailed map shows that the single path marked on your own map that leads straight up the mountain is actually very steep with loose scree.

—Nice one. Great that local walked past and you asked for help. Could have gotten into bother otherwise.

The local shows you where you are on the map and describes some nice routes you could take along forests, lakes, and ravines. And they also tell you about some of the flora and fauna in the area. Using their map, it is easy to tell where you are and what routes start from here.

However, maps don’t indicate ‘here be strange beasts’, so the local fills you in on some areas of the forest not to go after dark. They give you a compass so that you can set off in your desired direction.

As you walk, you need to stay keenly aware of your surroundings in order not to miss any of the landmarks described by the local hillwalker. Looking around, you notice some polypore mushrooms—a medicinal mushroom that will make a lovely tea.

—Great! You never would have noticed that otherwise!

You eventually reach a viewpoint. The fog has cleared a little. You take in a breath of crisp air and the untamed landscape. You meet another local who recommends a route, that is especially scenic this time of year, to a nearby peak. This peak is actually easier to get to than the original peak you intended to climb so you decide to head that way. When you reach the top, the scene is breathtaking.

—The beauty of staying open to opportunities, eh?

The first map represents trying to use a traditional theory of change in a complex environment. Traditional theories of change typically involve envisioning an end point, then working backwards to identify each step that must be achieved in order to realise the end goal, with rationales and assumptions identified at each step (Taplin & Clark, 2012; Weiss, 1995). This is a useful approach when working within ordered systems where the relationship between cause and effect is clear and predictable (see the Cynefin framework).

However, the scenario we’re dealing with here is complex, unknown territory. The moment of meeting the hill walker onwards represents vector theory of change—a theory of change for complex systems—is more appropriate.

I’m glad you’ve made it all the way through the thicket of my creative writing, because here is where the treasure lies! I’ve written a short explainer on vector theory of change, which describes how approaches to theory of change thus far have not been suitable for complex systems, and how vector theory of change helps to rectify these issues. It walks you through vector theory of change step by step: starting from where you are, setting direction and finding stepping stones, designing interventions, and monitoring continuous feedback as opposed to recklessly aiming for a fixed endpoint at any cost.

I can’t really imagine going walking without a camera, and by that I don’t mean ...

The inside scope: Cynefin’s case studies with Beth Smith (1 of 2)

From the valleys of Wales, to the streets of Malmö, and townships in Cape Town, ...