4: In fruitless battles for our masters 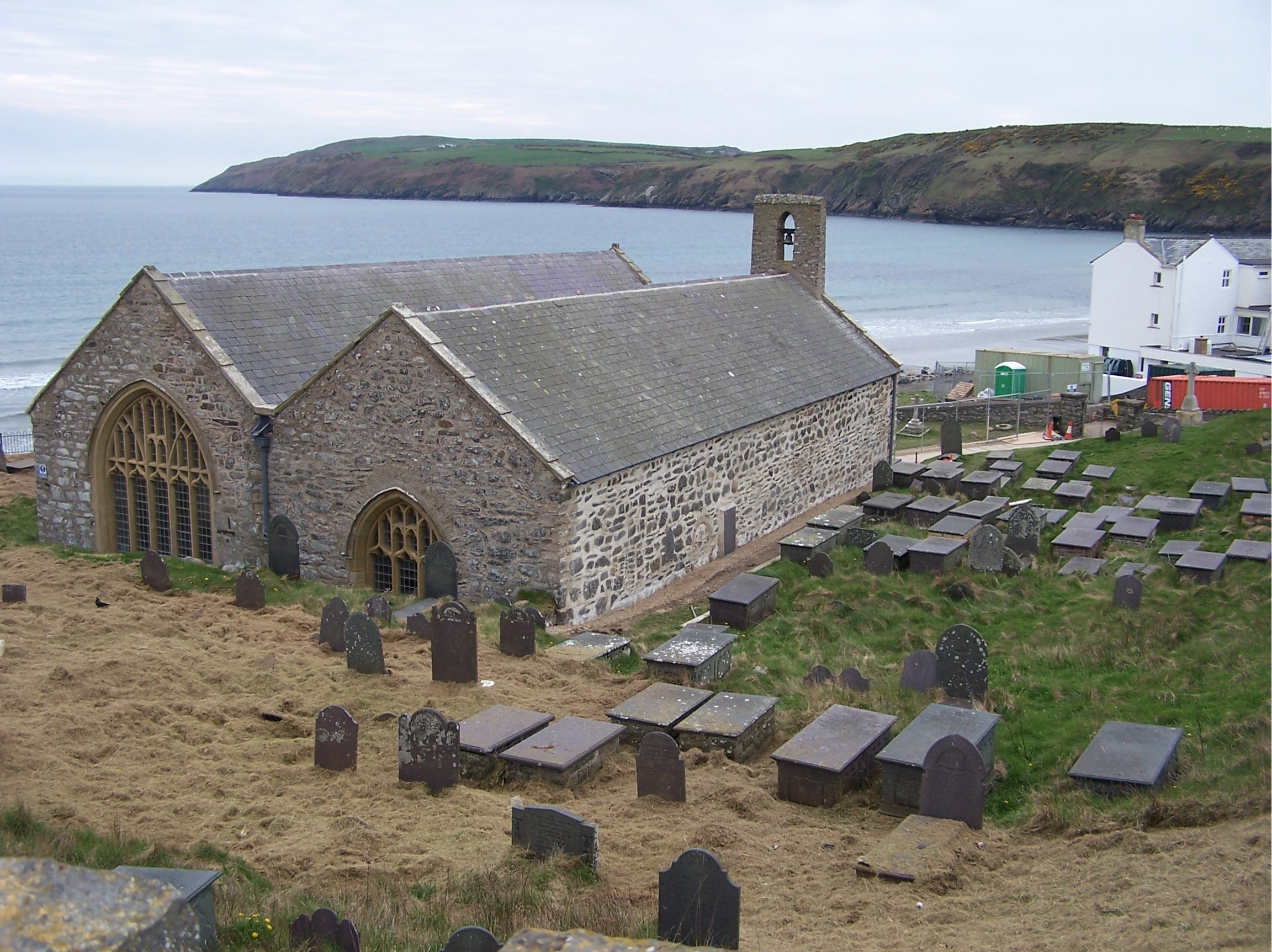 Yesterday I took a fairly positive poem from R S Thomas as my them. Lovers of the poet will know that such poems are rare, most of his work appears bleak on first reading. He was Welsh and loved Wales but his observations have a savage honesty about them that would be difficult to accept from someone not already a part of the family. I’ve used a picture of St Hywyn’s Church in Aberdaron where he was vicar from 1967 to 1978, probably the place he is most associated with. It can be a bleak place, go there during a winter’s storm and you will see what I mean. It is my current position on my round and through Wales walk which may end up taking four years to complete the way things are! It the place where my parents ashes were scattered, where they had their honeymoon and also has many of my childhood memories from when we spent our summer holidays every year just north in Porth Colman. It still, fifty years later, has one of the best bakers, one of the best hotels and some of the most glorious scenery of anywhere on the Welsh Coast. It used to be the port for Bardsey Island, island of a thousand saints and a major point of pilgrimage in medieval times. Ynys Enlli in Welsh, which means Island of the Currents which is a more than appropriate name if you have ever witnessed the channel that separates it from the mainland. For a poet inspired by the landscape it would be difficult to do better, but is is also isolated as a community.

Now this is also a post about the more negative aspects of Hiraeth, namely its nostalgic aspects. So lets take the full text of his poem Welsh History:

We were a people taut for war; the hills
Were no harder, the thin grass
Clothed them more warmly than the coarse
Shirts our small bones.
We fought, and were always in retreat,
Like snow thawing upon the slopes
Of Mynydd Mawr; and yet the stranger
Never found our ultimate stand
In the thick woods, declaiming verse
To the sharp prompting of the harp.
Our kings died, or they were slain
By the old treachery at the ford.
Our bards perished, driven from the halls
Of nobles by the thorn and bramble.
We were a people bred on legends,
Warming our hands at the red past.
The great were ashamed of our loose rags
Clinging stubbornly to the proud tree
Of blood and birth, our lean bellies
And mud houses were a proof
Of our ineptitude for life.
We were a people wasting ourselves
In fruitless battles for our masters,
In lands to which we had no claim,
With men for whom we felt no hatred.
We were a people, and are so yet.
When we have finished quarrelling for crumbs
Under the table, or gnawing the bones
Of a dead culture, we will arise
And greet each other in a new dawn.

Now there is hope in that final line, more than a poem ‘Welsh Landscape’ which he wrote in the same period which ends with the line Sick with inbreeding, Worrying the carcase of an old song. But the poem makes a multiple points that contain harsh lessons. If we look at the two major English invasions of Wales by Edward I, the second of which resulted in the conquest, there were always welsh troops fighting for the English Overlord against their fellow countrymen. The exploitation of tribal differences was a model of conquest which started in Wales and Ireland and then carried on into India and Africa as the Empire advanced. But the fruitless battles here references wider colonial conflicts and the sentiment could be echoed by many of the inhabitants of those conquered lands.

Wallowing in the past is all to common a tendency, when new futures could be seized. Myrddin ap dafydd wrote a poem in the cynghanedd style named Diwrnod y gem genedlaethol. Another of those welsh words, cynghanedd uses a sound arrangement within a line, something you find a lot in Dylan Thomas. But it has to be heard to be understood. The link I have given has the poem in its context, this is just the poem. A native welsh speaker is welcome to provide a translation – I’m not risking it! Written in anger and regret after the failure of the first referendum on welsh semi-independence, that rejected potential for a new future is contrasted with national pride in the Rugby team. There is a common theme between both these contemporary poets, that of the need to move on to greet each other in a new dawn, not to reject the past, but not to let the past be all that is.

3: to illuminate a small field

Anyone who has ever been walking in the hills will have had the experience of ...

Today is the festival of Epiphany, the end of the Christmas festivities and I spent ...